Not all blogs have to be serious…..do they? A few decent jokes aimed at our profession. Enjoy!

A doctor calls his local plumber late at night to fix a clogged sink. The plumber complains that he has regular hours but the doctor explains, “I get called into work late all the time so you can too.” The plumber gives in and arrives a half hour later.
Upon arriving, the plumber looks at the sink but is clearly uninterested in it. He hands the doctor two aspirin and says “I have a golf match to get to. Take two and call me in the morning.”

There just happened to be a lawyer convention and a plumber convention in Brisbane at the same time. There was a party of three plumbers and three lawyers leaving the Gold Coast and taking the train to the conventions. As they were standing in line for tickets, the lawyers noticed that the plumbers only bought one ticket. The lawyers bought their three tickets and boarded the train but watched the plumbers to see how they were going to get by with only one ticket.
After boarding, the three plumbers squeezed into a restroom. Finally the porter came by and knocked on the door as he said, “Ticket please”. The door cracked open and an arm reached out and gave the porter the ticket.
After the conventions, the lawyers decided to do the same thing so they only purchased one ticket. However they noticed the plumbers didn’t purchase any tickets at all. They weren’t too concerned though because -hey- they were saving some bucks right? Well, they all boarded the train and the lawyers packed into a tiny restroom. After a few minutes, one of the plumbers came by and knocked on the door saying, “Ticket please.”

A plumber is the only guy I know who can take a leak….
….and fix it also!

clearviewplumbing.net.au – your plumbing problems are not a joke to us. Leak Detection, Blocked Drains and CCTV Drain inspections are our specialty. Dont hesitate to connect with us. Free Advice and Capped Pricing Available. 1300 416 728 or 0415051298 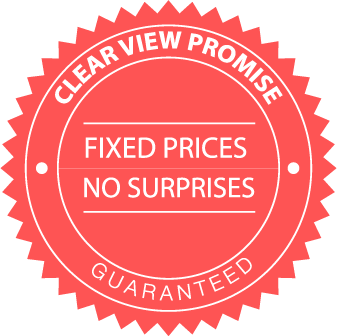